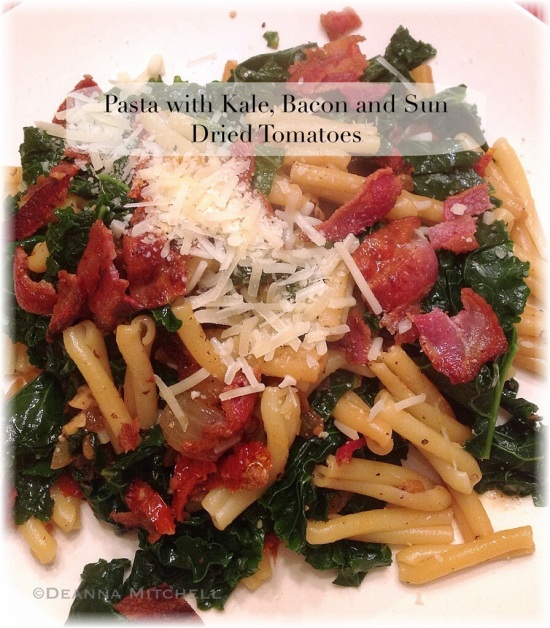 Kale is like that popular kid in school who got so much positive attention that other kids starting hating him, just because. You know what I’m talking about, right? Well, kale can be kind of like that–so good and so talked about that people get irritated before they have even tried being friends. Kale is one of those trendy food fads that is sticking with us for the long haul, though. It is just so good and so good for you that it’s hard for me to just roll my eyes at the popular kid and walk away. Kale, I’m saving you a seat at my lunch table.

I saw this recipe in Cooking Light and thought it sounded like a terrific recipe to try now, when we are trying to increase our running mileage. It is hearty, but doesn’t leave you with regret, and it is packed with fall goodness. It’s a perfect dinner the night before a long run, and I’m betting it makes great leftovers (although we ate the whole thing, so I don’t know for sure). It is also a super quick recipe to make–which is good because weeknights are complicated enough. I’ve made some very minor modifications to the original recipe and doubled the amounts to make enough for a family, but this is fairly similar to the original.